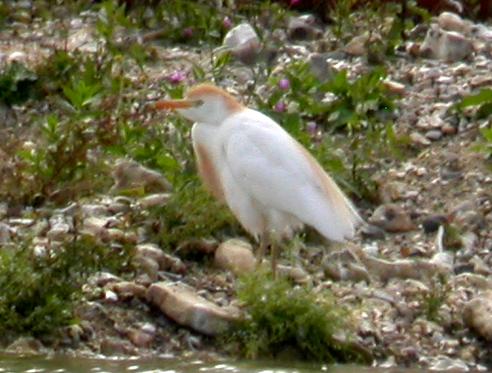 On Thursday 30th July 2009 just after 15:00 Ken Moore and Roger Stansfield discovered an adult summer-plumaged Cattle Egret at Padworth Lane GP. The news was broadcast immediately but unfortunately the bird disappeared after just fifteen minutes. Unfortunately nobody noticed which direction it went! Despite several birders arriving and searching it was still missing at 17:00. However, as with it's sudden departure, at 17:40 it suddenly appeared from nowhere and landed on the shingle spit. Most local birders got there on time before it flew off south-east at 18:38.

Despite Ken searching for it the following morning it couldn't be located. However, on a return visit at 13.20 it was back on the shingle spit. It spent the afternoon on the pit with occasional flights before flying off east at 17.18. This time it was relocated at 18:50 in a tree bordering a cattle field to the south east off the lake. Clearly this was where it had been going. Unfortunately this turned out to be the last sighting as I was unable to locate it the following morning at the pit or at the cattle field.

This is the second accepted record for Berkshire following the first record at Lower Farm GP on 14th October 2007. This coincided with many birders annual Scilly trip so the Padworth Lane bird was a county tick for many Berkshire birders. 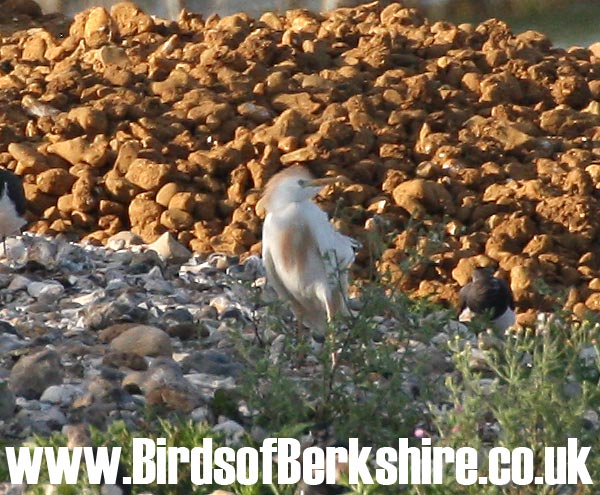 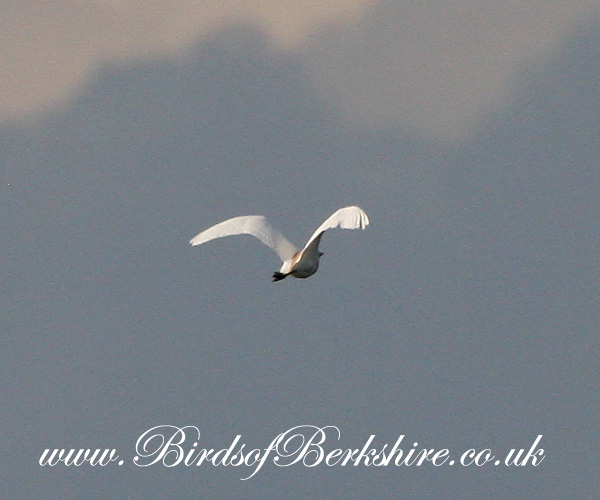